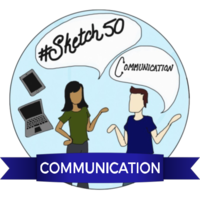 Option 1: An animation of your sketches

Using the DoInk app, Google Photos Assistant, or another gif-generating tool, combine your Communication Sketches into an animation and upload it here. 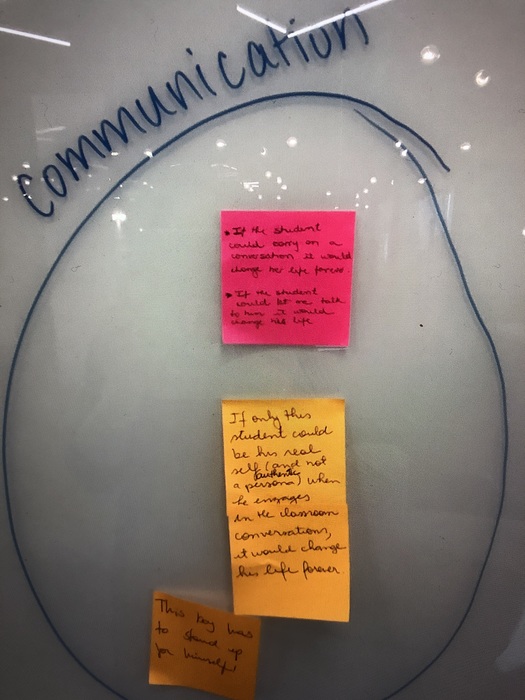 My students is making choices on his own!

Well, K was the student I designated to coach, starting in late August. I have a mix aged group in a Montessori program. He is boy, from Japan and is 5 years old. He is in my group since he was 3 years old. Always very shy, quiet, almost invisible. So he was easily manipulated by the other children of the group. It bothered me a lot the fact that he didn't have ownership of his own choices, always told what to do. Even regarding academics, he wouldn't make a choice of what work to do, he would wait for us to give him a work.
So I decided to show him 3 different works per day. and told him he could those works anytime. By the end of the first week already he did not ask for a work, he just chose one of those he had already done. On the second week he started to ask if he could work outside (in our outside area, art and practical life areas). That made me so happy because he was making choices!! A few days later he verbalized his choice to a friend, who he wanted to hold hands with on the line to go to the playground. He was applying socially what he learned through choosing his works, he was making the choices. No one else was making the choices for him. Yesterday at the playground I heard he saying he didn't want to play with M because she was playing zombies and he didn't want to play that.
Showing K, 3  different works a day gave him a good condition for him to make choices, and seeing K applying this new skill gives me great gratification. I'm really glad K took ownership of his choices, has now his own voice and a higher self esteem. Now, even during line time he participates and is using a louder volume of voice. Go K!!!

Working on my badges. For today: Communication. @sketch_50 #sketch50 Time is running... https://t.co/S3vLZCrcIC

An animation of my sketches for #Sketch50

There was a problem processing this image, the file may be of an invalid format.

There was a problem processing this image, the file may be of an invalid format.