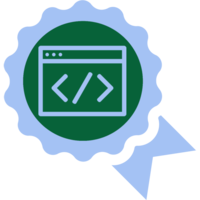 First modification - get rid of k_fast

See the wiki instructions (More Info...) for this evidence step. You will be modifying code and uploading the result as evidence.

Let’s have a look inside the LEMS_Figure2A.xml file that we ran in the muscle model explorer badge:


The imported files are where the mathematical action is.  Let’s look into the main imported file, SingleCompMuscle.xml:

Before line 14, you’ll notice imports for additional .nml files.  After line 14 there is a block that has a “cell” element.  Inside there is:
Underneath biophysicalProperties are the following blocks:
The first four channelDensity blocks have additional attributes associated with them.  Reading off the “ionChannel” attribute, you should notice they say:
Each of these channelDensity blocks represents the presence of the ion channel named in the ionChannel attribute.

Let’s try modifying something about that ion channel.